3. Now give all answers correctly.

4. After all answers given correctly there will be a claimed rewards option. Q1:-  Who was the director of the Oscar nominated film ‘Mother India’?

Q2:- Meg, Jo, Beth and Amy form a quartet in which famous novel by Louisa May Alcott?Complete the name of this Colombian singer: Isabel Mebarak Ripoll.

Q3:- The quote – How You Doin’ – was often repeated by which character from Friends?

Q5:- Amitabh Bachchan was NOT a part of the debut film of which of these actresses?

Q1:-  Which of these was the last to be liberated from a colonial power?

Q2:- Meg, Jo, Beth and Amy form a quartet in which famous novel by Louisa May Alcott?

Q3:- The Jhulta Minar or swyaing minaret, is a famous attraction in which Indian city?

Q4:- Legendary singer Sir Elton John was once the owner of which football club?What was founded in the 1890s by Caleb Bradham as a digestive syrup?

Q5:- The colour ‘azure’ refers to the natural colour of which of these?

Q4:- Legendary singer Sir Elton John was once the owner of which football club?

Q5:- Which world champion billiards player was given the nickname ‘Bombay Tiger’?

Q1:- Which Indian is knowns ‘Yarlung Tsango’ in Tibetian Region?

Q2:- Making it big’ss is a book by Binod Choudhary, who is the first billionaire from?

Q3:- How do we better know the politician Edvige Antonia Albina Maino?

Q4:- which of these national symbol is common to both India and pakistan?

Q5:- Diego de la Vega is the actual name of which of these fictional characters

Q1:- Which Indian political leader was the founder of the Bahujan Samaj Party?

Q2:- The Series Of Arab Spring protest began from which country?

Q3:- Which of these is not one of the 5 original ingredients of a ‘Punch’?

Q4:- Which of these planets is not one of the two ice giants in the solar system?

Q1:- Which of these sports does not stop when it starts raining?

Q2:- Who bowled the super over for England in the 2019 ICC World Cup Final?

Q3:- Nicknamed Dhing Express, who is the sports ambassador of Assam?

Q4:- Which team won the 2019 UEFA Super cup in Istanbul by defeating Chelsea?

Q5:- The current Jersey sponsor of the Indian Cricket team is a

Q1:- Rohit Shetty made his debut with which 2013 film starring Ajay Devgan?

Q2:- Which actor is common to the films Rang De Basanti, Guru and 3 Idiots?

Q3:- The Lead Actress of which film is a part of Bigg Boss Season 13?

Q4:- SRK received the highest civilian honor of which of these countries in 2014?

Q5:- Which actor featured in the Doordarshan serial ‘Gul Gushan Gulfaam’ as a child actor?

Q1:- Which publication has published all of Chetan Bhagat’s books?

Q2:- Which mythical king exchanged his youth for old age of his father Yayati?

Q3:- Which Karnal based company was founded by the name of Pal Boot House in 1954?

Q4:- Who among these was not a wife of the Mauryan emperor Ashoka?

Q5:- Alastair Cook became 1st England cricketer to be knighted since whom in 2007?

Q1:- The balls used in which of these sports have yellow, red or blue dots?

Q2:- Who is the fastest left-arm bowler to reach 200 wickets in Test matches?

Q4:- Which of these teams did not play in the first ever NBA match hosted by India?

Q1:- Which legendary actor was a part of the 2019 film Joker as Murry Franklin?

Q2:- Which fusion rock band did Rahul Ram and Susmit Sen start in 1990?

Q3:- Which of these character dies in the climax of the film Sholay?

Q4:- In 1958, Mother India lost the best foreign language film Oscar to a film from

Q5:- Which actress is directing the upcoming Charlie’s Angels 2019 reboot?

Q2:- On whose gravestone would you find 772.5 inscribe, his calculation of heat?

Q4:- Which country’s “other national drink is Irn-Bru, a carbonated soft drink?

Q5:- What day do we generally observe on the second Sunday of May?

Q1:- The IPL has not witnessed a team based in which of these cities?

Q2:- Dabang in Hockey, Indians in Cricket and Marathi in Wrestling are the Sports teams for?

Q3:- Which of these is not one of the two umpires in a game of tennis?

Q5:- Which of these is not a type of gymnastics event held at the Olympics?

Q1:- Who Played the role of Malik Kafur in the film Padmaavat?

Q3:- Which of these film franchises was rebooted in 2019 starring David Harbour?

Q4:- R Madhavan Played the role of ____ in the Tanu Weeds Manu series?

Q5:- Which 2018 film begins with a dedication to Amrita Pritam, the Hindi Poet?

Q1:- At 3840 meters Mount Saramati is the highest peak of which Indian State?

Q2:- Which Mughal emperor built the “Shalimar Bagh” in Srinagar in 1619?

Q4:- Who among of these demons was killed by Lord Rama in Ramayana?

Q5:- Reigning till 1912, who among these was the last Emperor of the Qing dynasty of China?

Thanks for visiting our website AKtricks.in keep visiting daily to learn more.

Get a Free Sample of Zandu StriVeda Lactation Supplement

Freecharge Offer – Get Upto 30 Cashback on Recharge Of Rs. 30 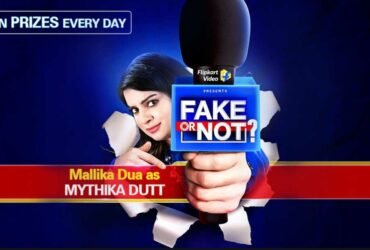